By Regina Martino
Found near the small village of Shunga in Russia, the remarkable mineral known asshungite formed naturally more than two billion years ago from living single-cell organisms. Used in Russian healing therapies since the time of Peter the Great, shungite contains almost the entire periodic table of the elements as well as fullerenes, the hollow carbon-based molecules that recent research shows are able to slow both the growth of cancer cells and the development of the AIDS virus. 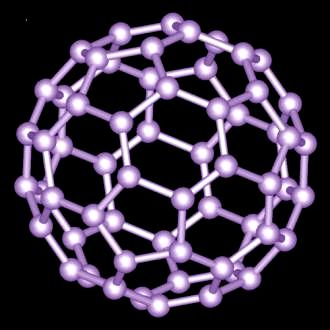 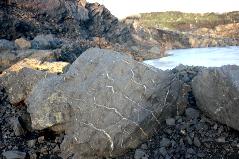 A shungite mine. Shungite is only found one place on Earth in the Russian part of Karelia. The deposit of shungite extends over a vast area of 9,000 square km [3475 square miles], situated northeast of St. Petersburg, near Lake Onega.
BIOENERGETIC RESEARCH ON SHUNGITE
What is the unique property that distinguishes shungite from other protection stones?I have carried out detailed studies using bioenergetic tests and have personally tested more than 200 stones and crystals that have an influenceon the chakras. Among those tested, I made comparative studies of about 20 stones, including shungite, that were able to resonate withthe first chakra.In comparing tests on shungite with tests carried out on other stones of this group, we noticed right away that for stones of the sameweight, shungite is the stone that achieves the largest expansion of the vital field, the greatest concentration, and, in a striking way, a significantexpansion of the first chakra. It is quite possible that the presence of fullerenes would explain all of shungite qualities:
1. Helping the energetic body correct the influence of left-torsion fields
2. Neutralizing the impact of electromagnetic radiation
3. Opening access to life energy (first chakra)
4. Concentrating the vital field5. Not taking on negative charges 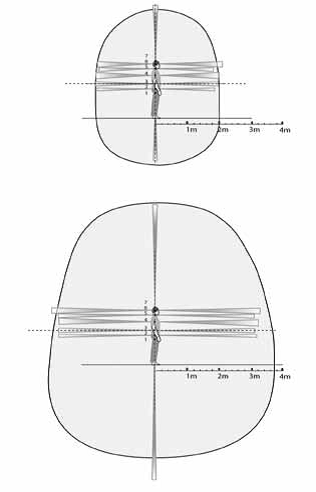 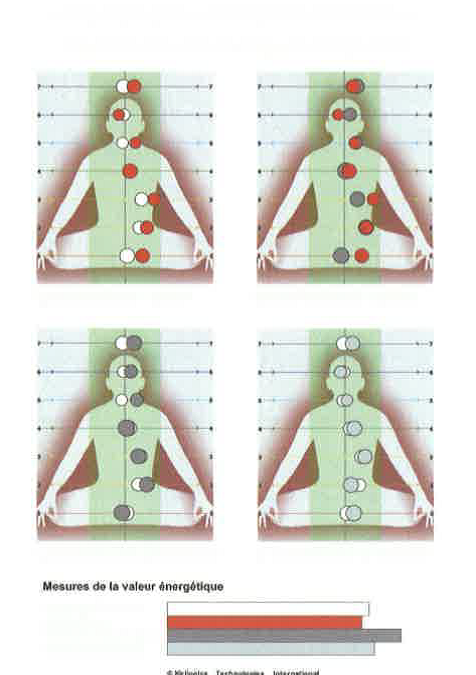 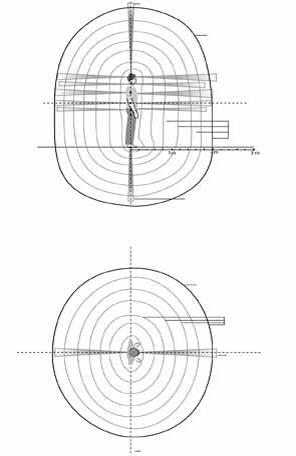 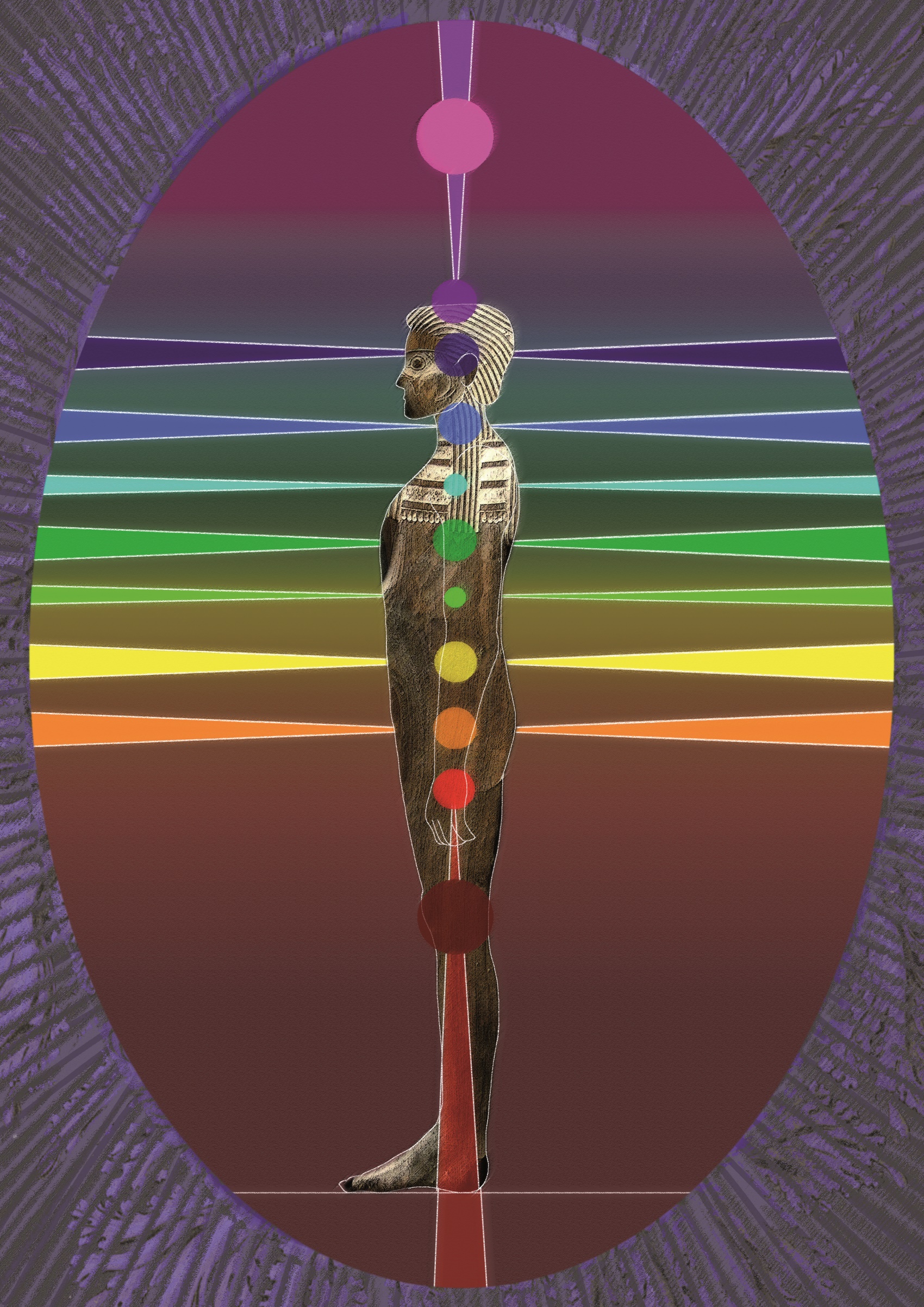 In its natural state SHUNGITE contains varying amounts of organic carbon. For this reason you  will find stones being marketed under the name shungite that have different appearances. The explanation is very simple: they  contain differing quantities of carbon.
Here are the three qualities of shungite that are usually found:
Type I Shungite (Silver Shungite)

The silver shungite appear with a semimetallic, silvery shine. It contains 98% organic carbon. This is the most scarce form since it accounts for only 1% of all shungite that is  found. It occurs in very narrow veins having a maximum width of 40 cm (16 inches). It can be easily identified because of its conchoidal fractures. Ocre-colored inclusions are jarosite, a basic sulfate of iron formed from the oxidation of pyrite. Sometimes, in marketing it, this type of shungite is called crystalized because of its naturally faceted appearance but this term is incorrect  since shungite is an amorphous mineral and never crystalizes into any shape.
Type II Shungite (Black Shungite)

Type II occurs as a black mineral. This is the kind of shungite most often used to make objects because, unlike type I, it can be easily shaped and polished (giving it a brilliant shine. It contains 50 - 70% organic carbon.
There are stones containing a lower percentage of organic carbon. These are termed shungite rock instead of shungite.

The choice of protection can be divided into two distinct systems:either wearing or carrying the protection or changing the signal emitted by the apparatus using a localized protection.
In the first case, we are modifying the parameters of our own energetic system by using a stone that increases its concentrationor density through reinforcing the first chakra. This method allows our bioenergetic system to continuously correct the harmfulinterference.
In the second case, we apply the protective influence to the harmful source and this corrects and transforms the electromagneticwaves into biocompatible emanations. In the case of pulsed electromagnetic waves (Wi-Fi, cordless phones, and cell phones)the corrected influence emanates with the same strength as the original, harmful source but in a biocompatible and positive way.
About Harmful Sources As we have already seen, modifying the influence of electromagnetic radiation is something shungite knows how to do very well, and much better than other stones because shungite does not become saturated, does not take on a negative charge, and powerfully keeps on transforming the radiation into biocompatible elements (right torsion fields).
Detailed information on the shungite tests with radiation can be found in

For example, if we use a detection device to measure the emission field of a Wi-Fi hot spot protected with a shungite plate, we will quite happily still find the Wi-Fi signal doing its job of connecting two devices wirelessly with its waves. What changes and what is not revealed by the detection device is the subtle qualityof the emanation, the biocompatibility of the waves with your energy when there is a shungite plate, and the fact that the emanationis negative when the plate is not there.
There are many forms of shungite that can be used withequipment that emits harmful radiation. The following recommendations apply in the same proportions to any electromagnetic equipment that you have to use or want to use.

Cell Phones
As an initial step, I recommend the protection of cell phones because you only need a small adhesive disc or square plate in order to completely neutralize the harmful effects ofthese waves, which attack your energetic balance, your health, and specially, given the way cell phones are held, your cerebral and auditory functions.

Wi-Fi Hot Spots
In order to transform the radiations from your own Wi-Fi hotspot, transmitter, or router, we recommend placing the transmission base on a large plate of polished shungite, or a shungite pyramid.There are round plates designed for computers that can also be used with a Wi-Fi base.
Laptop computers  which are also widely used, are harmful as well. This is not so much because of the screen, which does notradiate negatively the way the old cathode-ray

screens used to do,but more because of the hard
driver's motor and its active components.We advise placing a round plate or stone on the computerbeside the keyboard. The action of the shungite will bring reliefto the user, particularly when using the keyboard and the mouse.In order to benefit from a stronger effect and to combat thefatigue that accompanies working on a laptop, the effect of the shungite plate can be enhanced
by also having a shungite stone in one's pocket or wearing it as a pendant.
Cordless Phones
Something many people are less aware of is that often we havea very harmful source of radiation in
In correcting the negative influence from the bases of cordless phones, we recommend a shungite plate.our homes ,the cordless phone. The base of a cordless phone in fact emits harmful bioenergetic waves that extend out all around it to a distance ofaround 10 meters (33 feet). Since the radiation has its source in the base of the phone, itis essential to protect the base (or to opt for a nonportable phone). Once the information from the base has been positively transformedby the shungite, each connected handset automatically emits right torsion fields instead of left torsion fields. Torsionfields are transmitted by the electromagnetic waves.

Electrical Panels
It is useful to place a shungite pyramid on the electrical distribution panel of a house or apartment. Having it there will correctthe damaging influence of 60 Hz alternating current that istypically emitted by electrical installations in the United States. For a house without electric heating, a pyramid of 7 cm (2.8 inches) is likely enough.

How to prepare shungite water